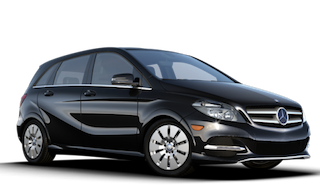 As the owner of a relatively short range EV, being able to plug in and get a charge from public chargers can either be handy, or in some cases essential. There are places we go where taking the EV would be risky unless we could get a charge while we’re there (and some where we wouldn’t get home without a charge). At least here in the SF Bay Area, EVs and plug in hybrids are now common enough that finding a public charging space empty is rare. When a large shopping mall has only 2-4 EV spaces, the chances of finding one empty when you arrive is essentially nil.

One solution to this (which I’ve heard that one large employer actually implements) would be to have EVs parked by a valet who could move them in & out of charging spaces based on charge level and availability. Reach 80%, or come back for your car, and the next one gets plugged in. That’s obviously expensive, but it does make better use of a limited pool of resources.

An app might be able to do something similar though, especially if it was connected into the backend systems used by the likes of ChargePoint, Blink, EVGo and Volta. It would rely a little bit on driver participation for spots where no form of sign in is required, but it might still work.

The basic idea is that when you arrive at a location where all the spots are occupied you can check in, and add yourself to a queue of people waiting. When a charger becomes available, the next person in the queue is notified via a push message to confirm whether they still want the space. If they confirm, they have 5-10 minutes to move their car into the space and start charging (during that time, other users would be told the space is reserved & they would be unable to start the charger – hopefully most drivers would respect the queuing system & not park in the reserved space before the notified driver could get there).

At locations where there is no network (there’s one in Alameda that has three JuiceBox chargers but they are not on anybody’s maps or, as far as I can see, networked), the queue could still exist, but the arriving user might need to enter, say, the license plate(s) of the current users if they haven’t voluntarily checked in. If they are also users of the app, they can be sent a request to check out when they leave.

An extension to this would be to have the charger report when charging is complete, or when a certain amount of charge has been delivered, and, if people are waiting, ask the current user to move their car so the next car in the queue can be charged.

Some locations already have strict time limits on EV spaces, but if nobody is waiting, why not allow the current user to keep charging (especially at paid locations). A queue with notifications allows this to work. And perhaps there could even be penalties for not moving your car promptly when asked (or simply being banned from the network if you ignore several requests).

Something like this should be easy for each charging company to integrate into their existing apps (and, to be honest, that would be great). I do think there is an opportunity here though for these charging companies to come together behind a single app that provides this virtual valet function.

Furthermore, for the networks that have paid locations, enabling roaming between their users would be a natural next step. This happened in the Wi-Fi world I am familiar with, allowing users who signed up with one network to access another. If ChargePoint subscribers could ‘tag in’ at, for example, a Blink charger and have both billing and charge history sent back to their ChargePoint account, that would be a great benefit to end users & would open up access to more chargers without having to sign up for accounts with each provider. Pick the one that has chargers in the places you go most often, but know you can use the others too if needed.